Glitz and Grit – 4 nights in Berlin

I’ve been in Berlin visiting my mate Andrew Moomin. Andrew came to meet me at Tegel, a shed-like airport with a tin roof and undulating lino. Achtung! Somebody build a new bloody international airport for the city! Despite the fact that I know Andrew very well (you could say pretty intimately minus any genital action), on entering the arrivals hall, I spent the first few seconds waving at a complete stranger. Well, it was a bit gloomy and my right eye contact lens had got dehydrated on the flight over and stuck to my eyeball so I couldn’t see too clearly. Anyway, the real Mr Moomin eventually popped out from behind a post and we hugged our guten abends. 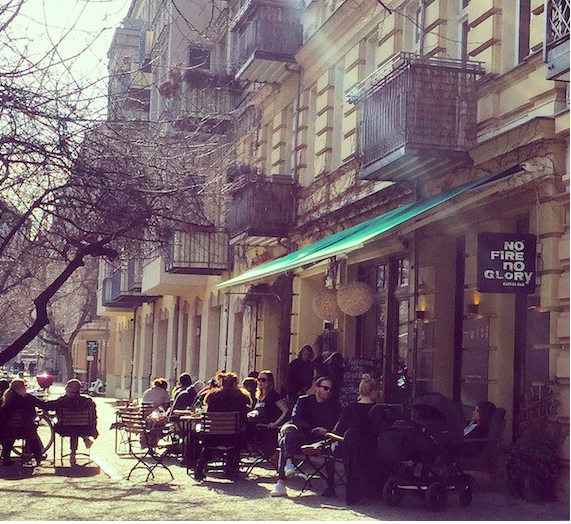 Andrew had an action-packed weekend arranged – a night at the opera (The Magic Flute), a visit to Sanssoucci and its glitzy Gloria palace, and, by way of contrast, a trip to the gargantuan Russian WWII memorial at Treptow. And, of course, we had a mingling with the hipsters in Prenzlaurberg where currywurst (so named because it’s the ‘worst’ thing you’ll ever put in your mouth – apart from SPAM), is eschewed for the global must-munch of avocado on sourdough.

Legs-akimbo
Now, I’d call myself a pretty brisk walker but Andrew has legs like a house spider – long, hairy and with 360 degree range. On the first day, we covered 18 km, starting in the west of the city in fancy Charlottenburg, where we had coffee in the gorgeous garden of the Literature Café, before hurtling at break-neck speed through central Mitte, by way of the ultra modern Potsdamer Platz, onto the seedy Alexander Platz with its iconic television tower, and ending up exhausted, back in the former eastern enclave of Prenzlaurberg in time for tea and some ironic Black Forest gateau in a shabby chic café. Of course, we could have taken a tram or the U-bahn or the S-bahn at any point during the day, but I was mindful of a friend who had recently contracted a nasty case of impetigo from a hanging pole on the Northern Line and I didn’t fancy coming home with a face full of suppurating sores. What I did come home with, however, was two enormous blisters on my heels thanks to my new ‘sensible’ shoes.

Andrew might be thrusting with his walking speed but like most Berliners, he’s a wuss when it comes to crossing the road. Unlike me! I love a bit of jaywalking so while Andrew lingered nervously at the side of the road waiting to be told when to move, I launched myself off the pavement, weaving defly between cars, buses and trams while my fellow pedestrians shook their heads in disdain. Thankfully, Andrew was there to bark ‘STOP’ when it looked like I might get mown down by a tram but on the whole, I think I taught him something about urban spontaneity.

That evening we went to see the Magic Flute at the wunderbar Komische Opera. The stage setting was German Expressionistic, the singing, glass-shatteringly high, and the audience, a mish-mash of middle-aged hausfraus, Australian tourists, and the usual sprinkling of homosexuals. There was a lot of bouffantary and an overpowering smell of Harmony Hairspray, and one poor girl was wearing, what looked like the doll dress my Aunty Kathleen used back in the day as a toilet roll cover in the downstairs loo.

What a gay day! 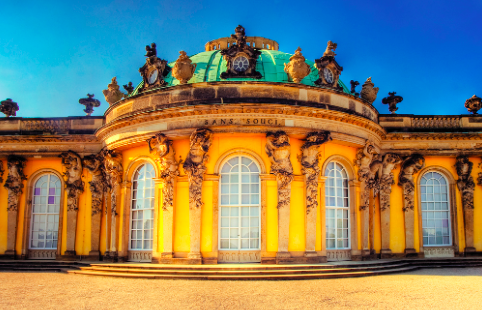 The next day we took the S-bahn out of town to Potsdam to see Frederick the Great’s Baroque palace at Sansoucci with its ornate gardens and landscaped grounds.  Unfortunately, we turned left at the Neptune Grotto instead of right which took us a mile away from the palace with only 25 minutes to spare in order to meet our allotted entry time. Luckily, I was now wearing my other sensible shoes and had Compeeds on both heels so was able to speed-walk my way through the gardens, vineyards and Baroque terraces just in time to marvel at Fred’s bed and his flute and some fine rococo detailing. Apparently, Fred liked cultivating plums in his summer palace and was fond of playing soldiers. His son, also called Fred, had a wife whom he didn’t much fancy, and he eventually ran away with a boy but not before hanging some lovely Chinese wallpaper. 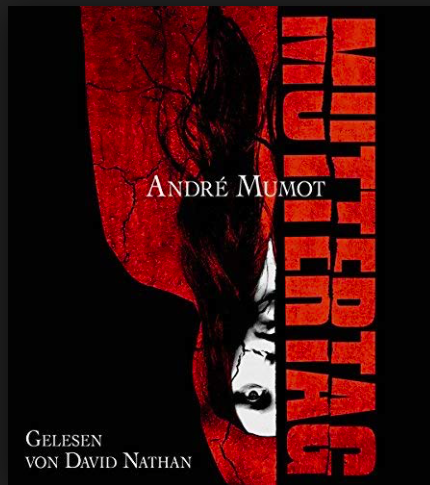 The next day, Andrew, who has just published his second novel, a thriller called Ghost Nights (under his pseudonym Andre Mumot), took me on a bookshop tour. Ostensibly, we were simply curious to see his book in situ but really, I think Andrew wanted to tap into my ‘mystery shopper’ credentials. I didn’t disappoint. In Ocelot Books, we were pleased to see that the book was on the Top 10 October Reads gondola so no interventions were required. However, in two other leading bookshops, the book was just one of many Ms on a shelf. In one shop, I shoved all copies of the book up my jumper and then transported them to the nearest Hot New Reads gondola display where I plonked them on top of the others. Later on, in the other shop, I picked up Andrew’s book with a theatrical ‘ooh’ and ‘aah’ and loudly exclaimed to my fellow shoppers that this was a terrific read and a hot contender for Richard and Judy’s Book Club. Of course, I couldn’t actually read the book; my German is limited to ‘Wo ist die bustenhalter’ (where is the bra!) and ‘das ist mir Wurst (that’s sausage to me). And I imagine, most German book buyers haven’t got a fucking clue as to who Richard and/or Judy are, but I’m confident sales will go up following my visit. It

That night, we met up with Andrew’s friend, Patrick the Pole (6’6”: bad manspread) at the Berlin Philharmonic. Kent Nagano was conducting Mahler’s 9th. This was a hot ticket. Kent was small and yellowing with floppy hair, and he left extremely long pauses in between his movements. The audience however, all bad wigs and walking sticks, loved him, and at the end, when we were all wrung out with the symphony’s final death-haunted notes, those who could stand up unsupported, gave him an ovation.

On my last day in Berlin, I had planned a trip to the Stasi prison for a dose of Cold War memorabilia but it was raining and I didn’t fancy the long bus ride so instead, Andrew and I went down to the gritty district of East Kreuzberg for a canal side coffee, and let the French hipsters on the next table (who no doubt, had been up all night banging each other in a dark room at some techno warehouse club thing), blow their post-party come-down dope all over us. Oh to be young again!

Time to go. I packed my bag, promised Andrew that he would be finding my hairs in his flat long after I’ve gone, and in the most peculiar places, and took my final tram ride back to the shed at Tegel Airport. Goodbye Berlin and if I may just give you one top tip – a nice cup of tea comes with COLD milk, not hot! OK?